The Brooklyn Bridge is a must-see attraction when travelling to New York. In fact, going next to the Manhattan Bridge (Manhattan Bridge) is well worth the trip. For example, the following two photos capture very popular place punch. This article explains in detail the punch line. 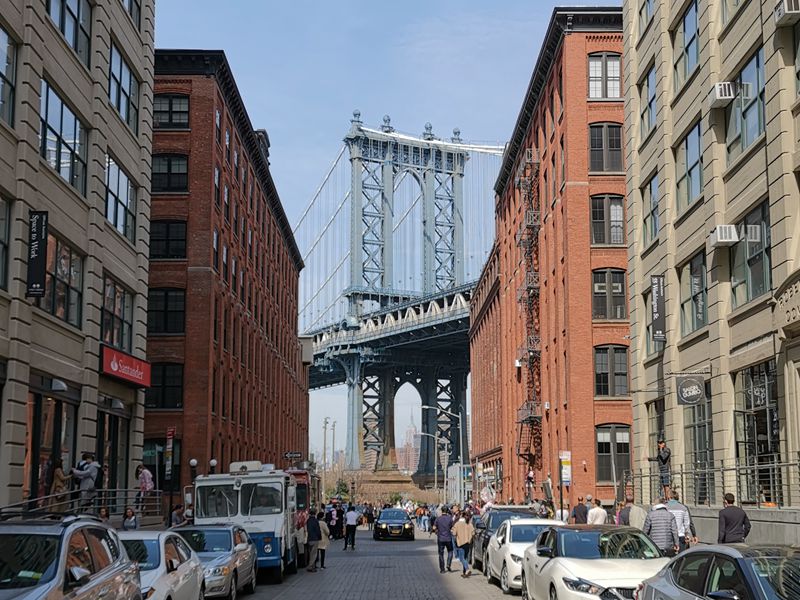 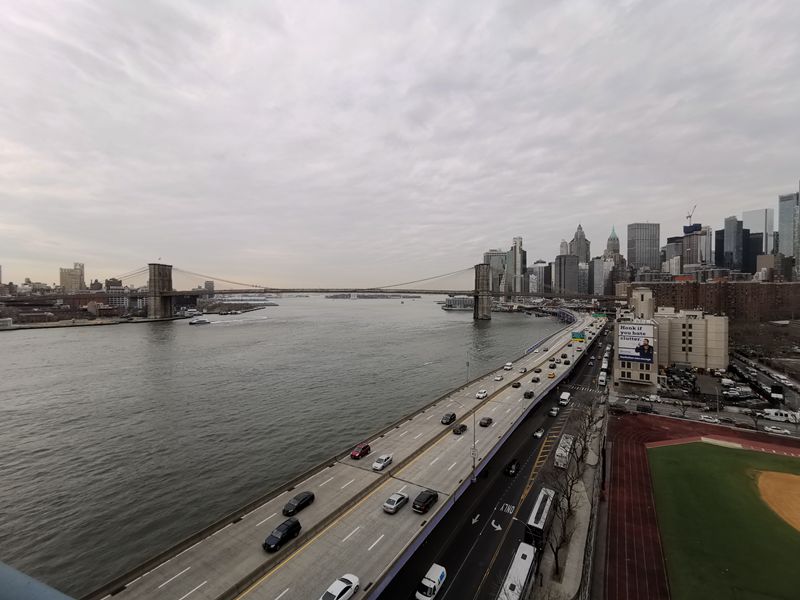 The Manhattan Bridge and the Brooklyn Bridge are in two spots arranged together, so going from one to the other shouldn’t be much of a problem. 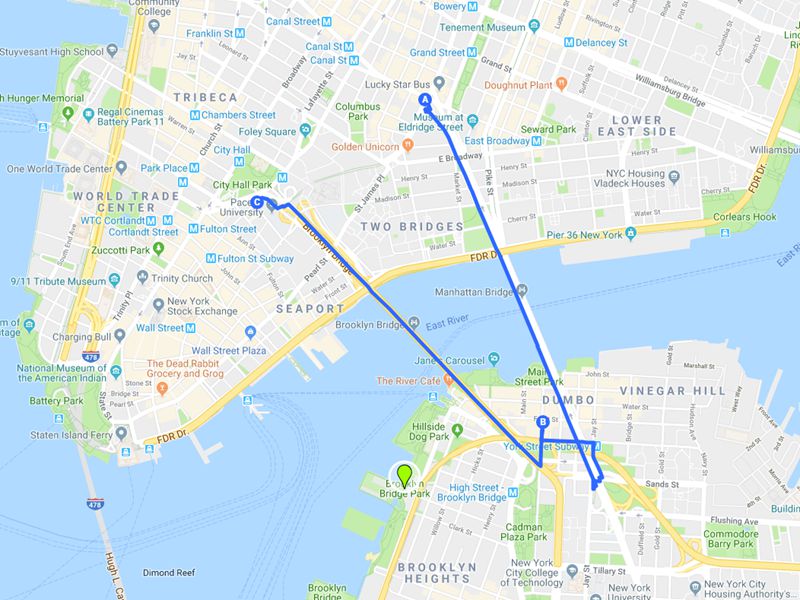 The Manhattan Bridge is a suspension bridge across the East River connecting Manhattan and Brooklyn. The Manhattan Bridge was designed by Polish-born Ralph Modjesk, and the cable bridge was designed by Seve designed Lyon Moi, who later designed the 1940 collapse of the Tacoma Narrows suspension bridge. Designed for two-way travel, the upper layer has a total of four two-way lanes, the lower layer comprised of a bidirectional converter lanes 3, 4 subway route, sidewalks, and bike paths.

A good way to traverse the bridge is to first set out near the Manhattan Bridge in Chinatown to look at this magnificent arch. 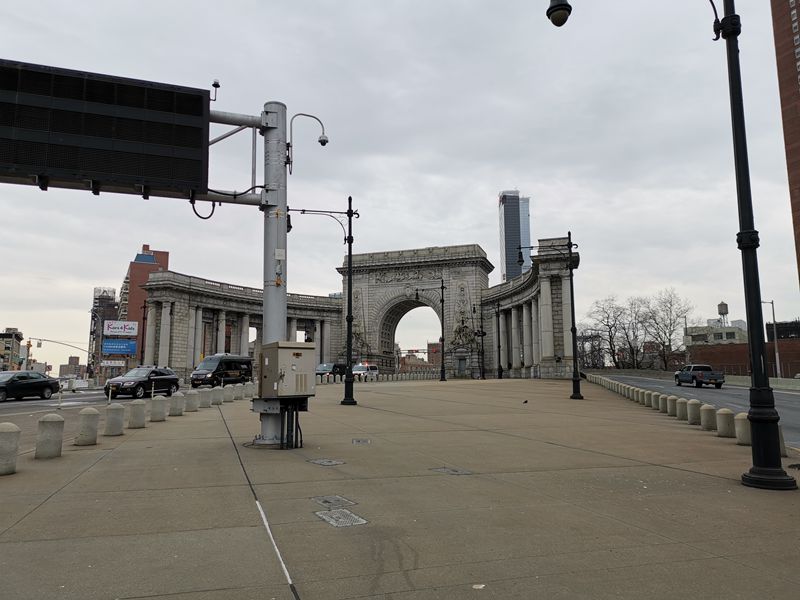 Along the sidewalk onto the bridge, the bridge has a tall barbed wire to protect it. After all, there is a road below the bridge. 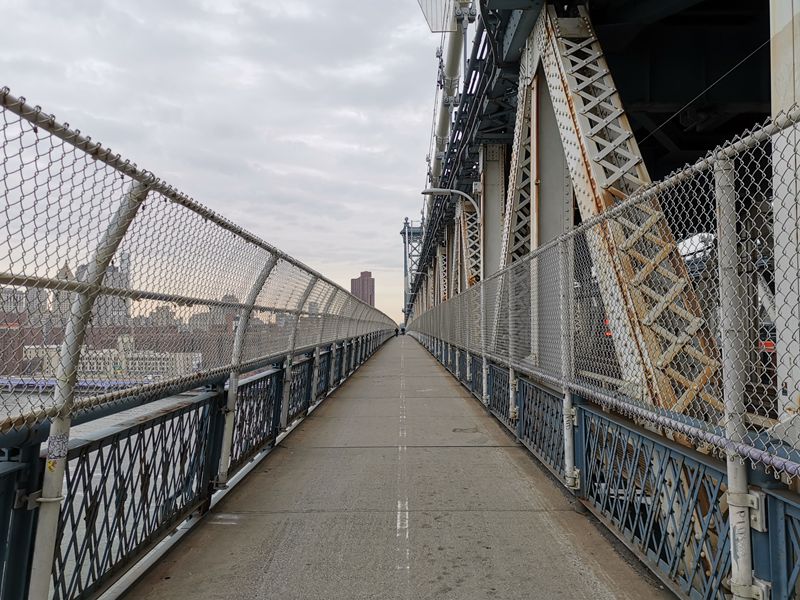 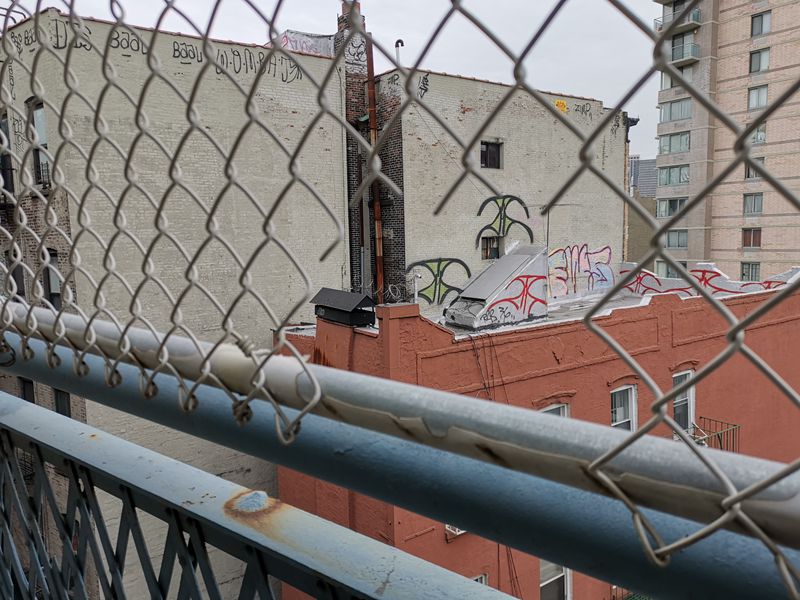 Some people like to cut holes in the chain-link fence because they want to put their phones and cameras out to take pictures, while the bridge maintenance tries to keep up. 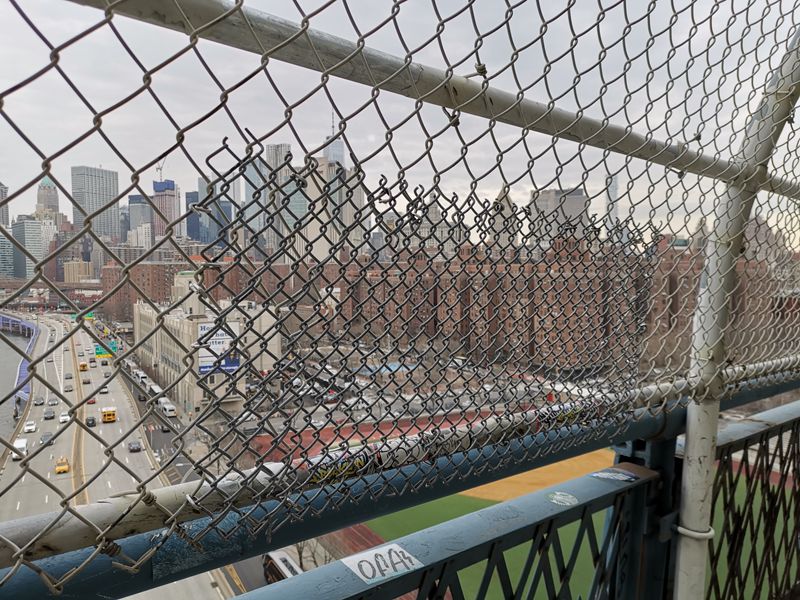 There are as people who like to just love there padlocks on the chain-link, making this bridge a hotspot for padlocks. 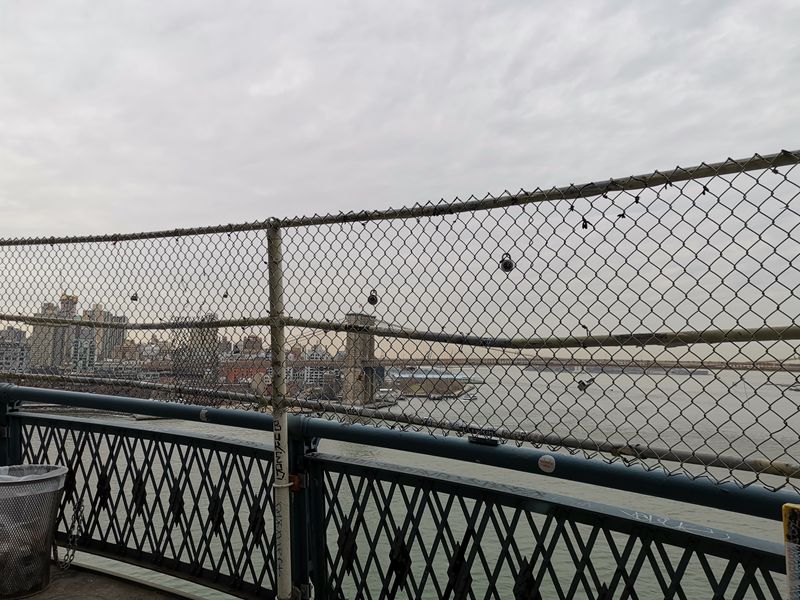 Due to the sidewalk being next to the metro line, it needs to slowly traverse the Manhattan Bridge for about 30 minutes. About five or six times in the side through the subway. It is really loud, so prepare your bodies. 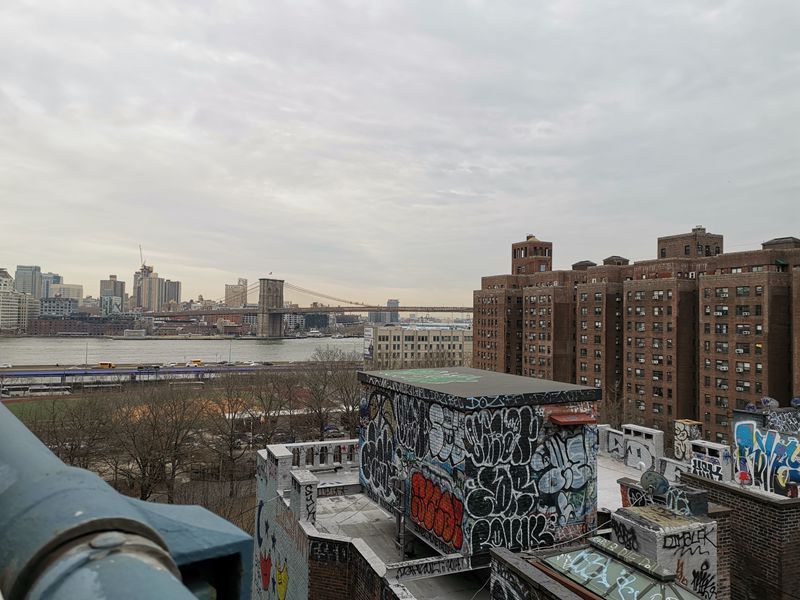 But a panoramic view of the Brooklyn Bridge, as well as the landscape below the bridge, makes it still very worthwhile. 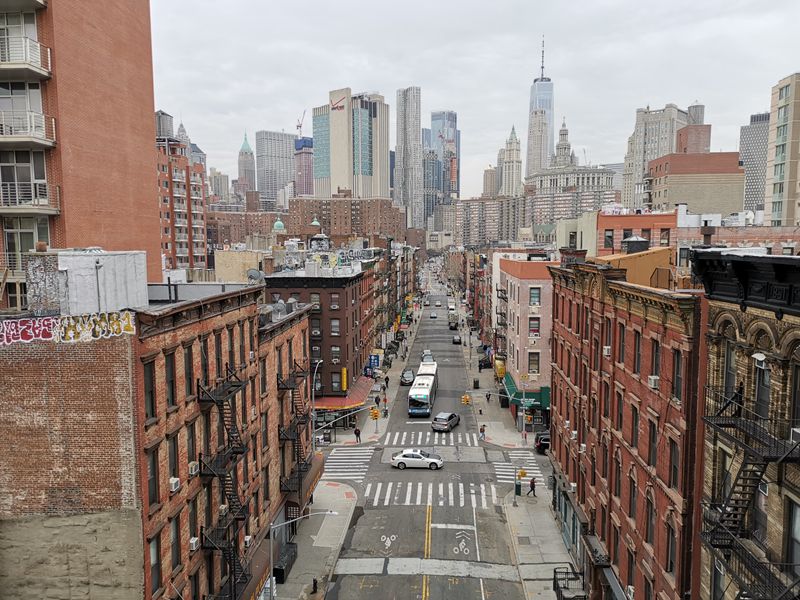 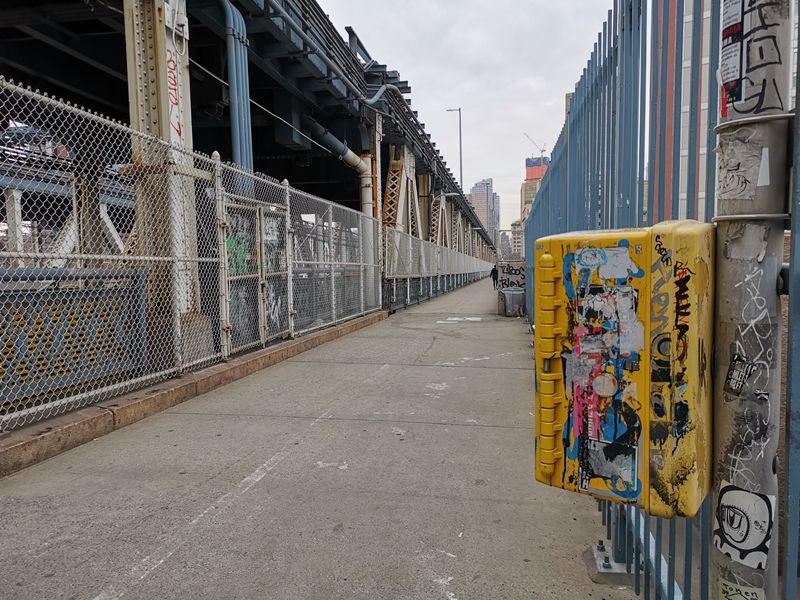 Finally, this is what the other end of the bridge looks like. 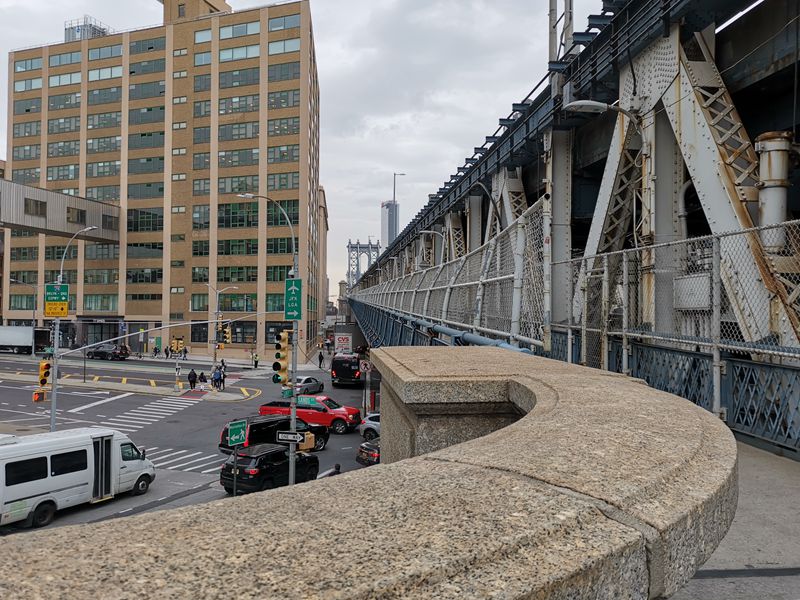 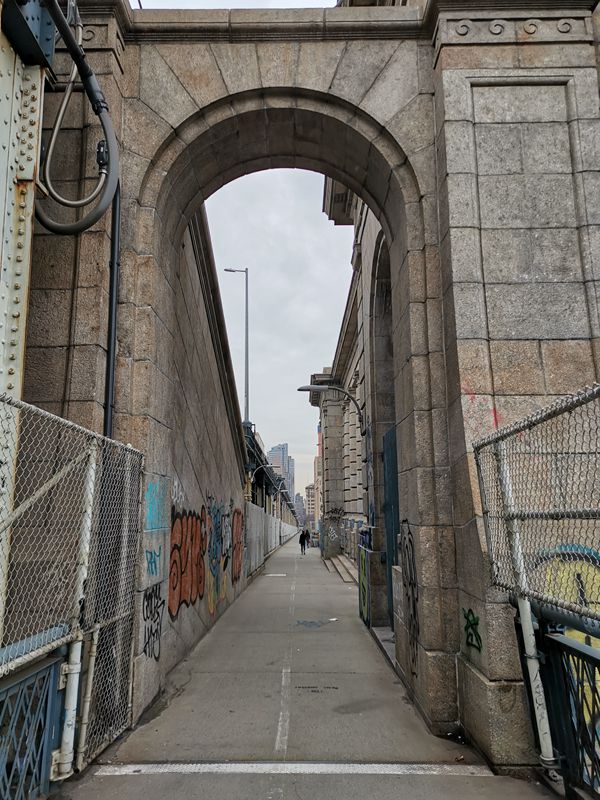 And then there is also a view of the Brooklyn Bridge. 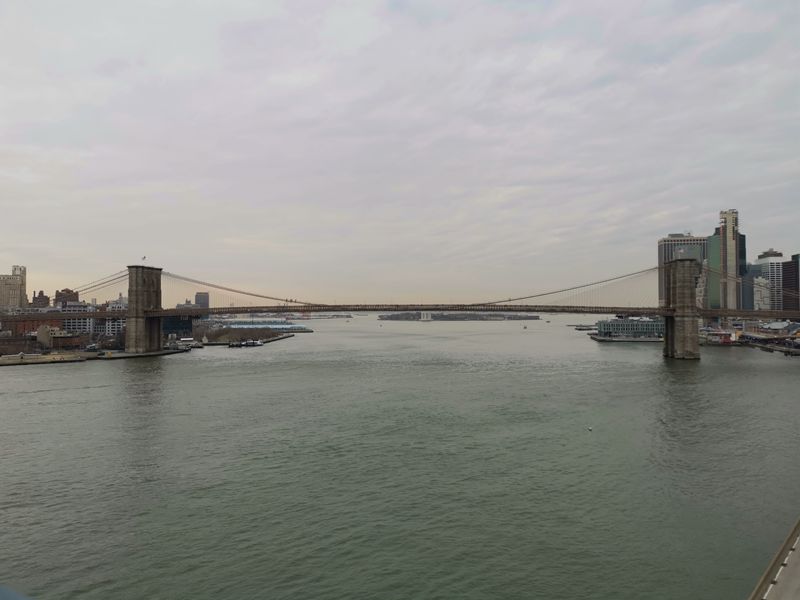 The next punch location is near. The address is 61 Washington St Brooklyn, NY 11201, ad can be found directly in Google Maps. The punch point is now very famous. 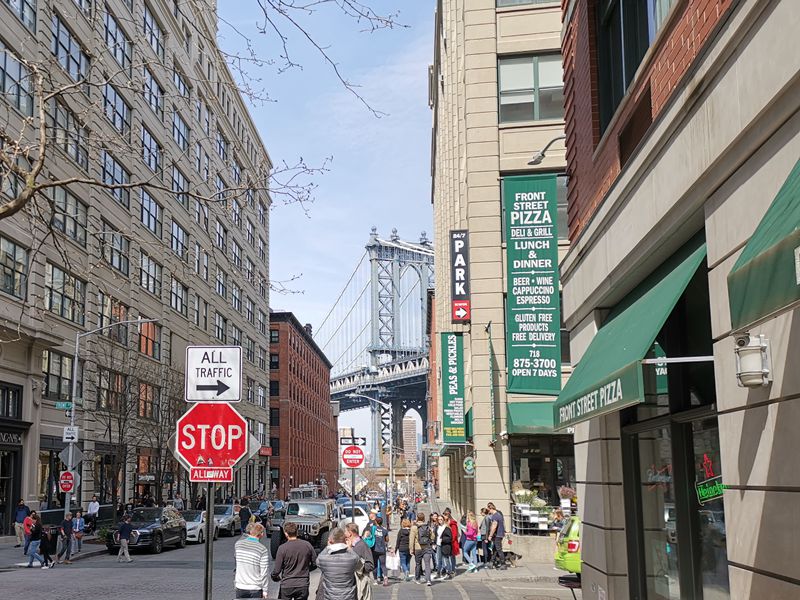 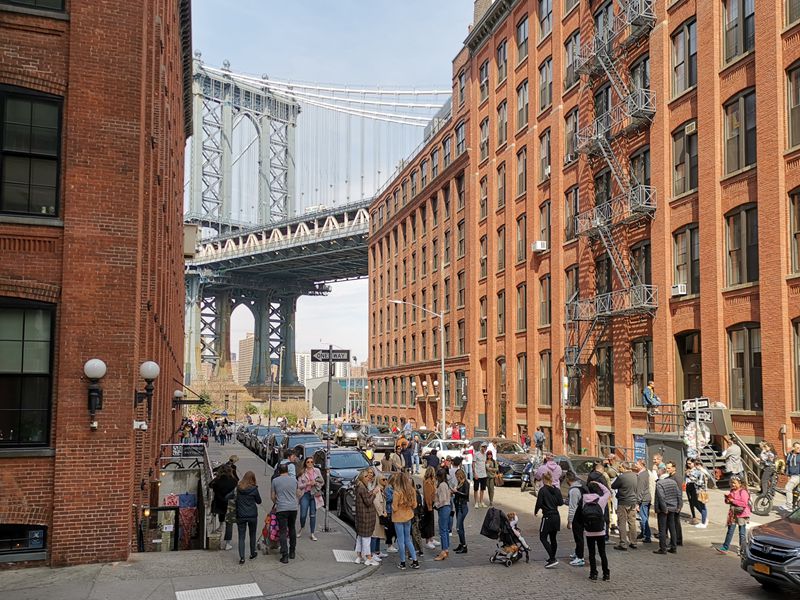 Take enough pictures, you can turn on the Brooklyn Bridge. 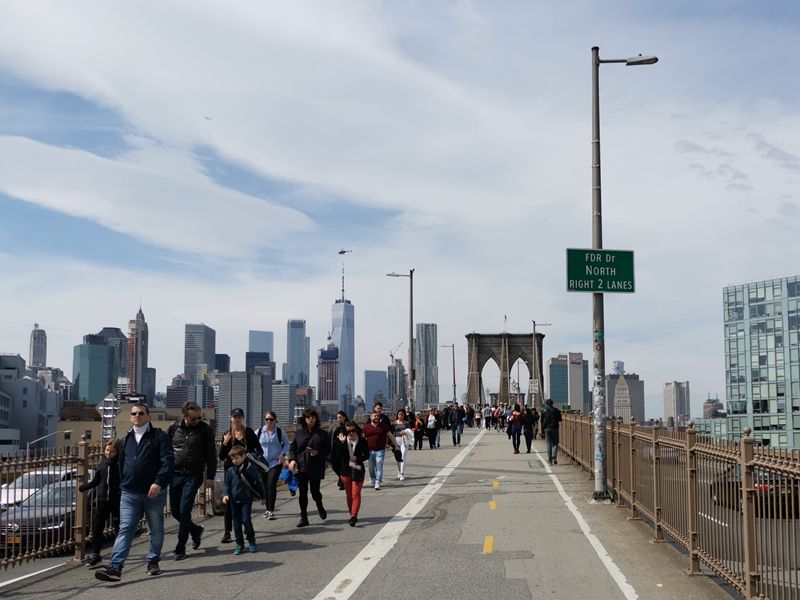 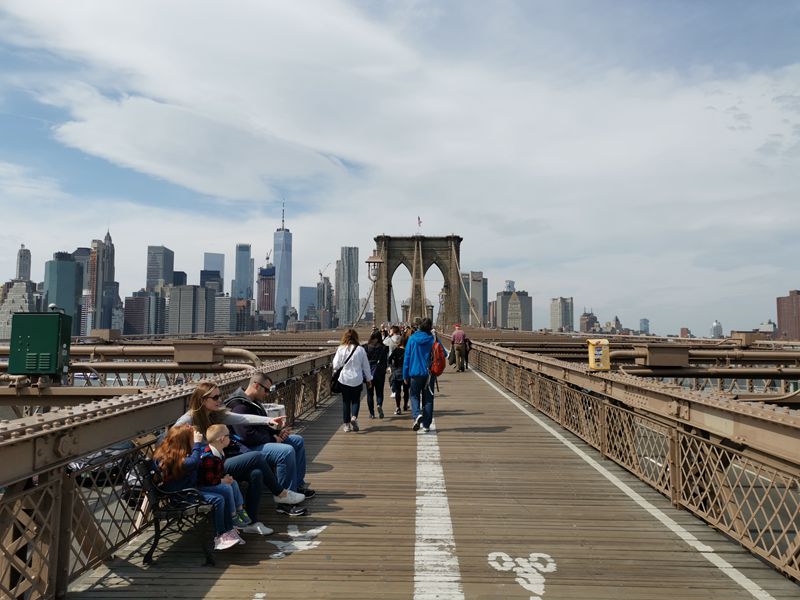 The reason why going from Brooklyn to Manhattan is recommended because in this case, you have the view of Manhattan. 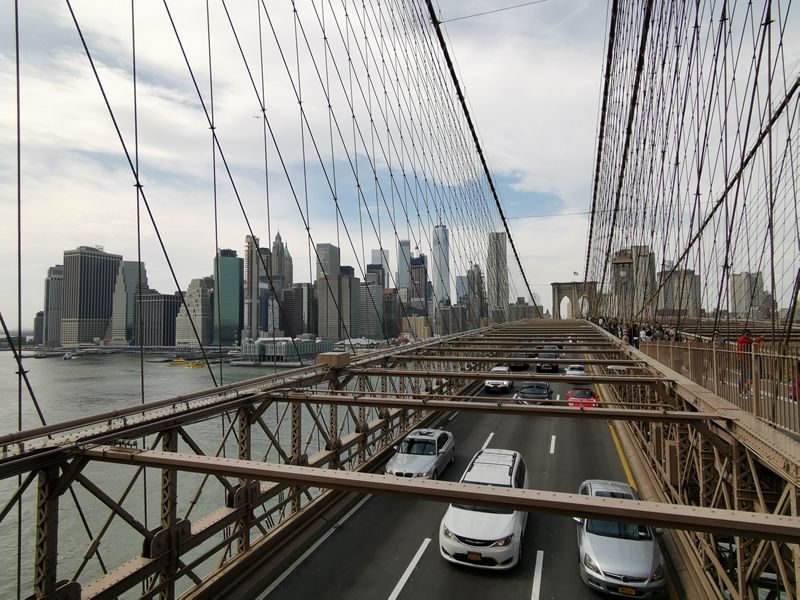 The above bridge is common to pedestrians and cyclists. 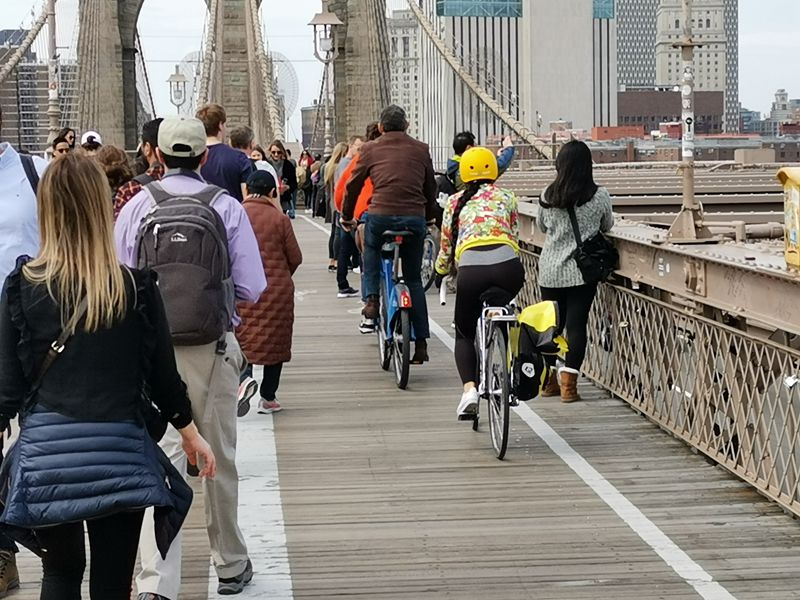 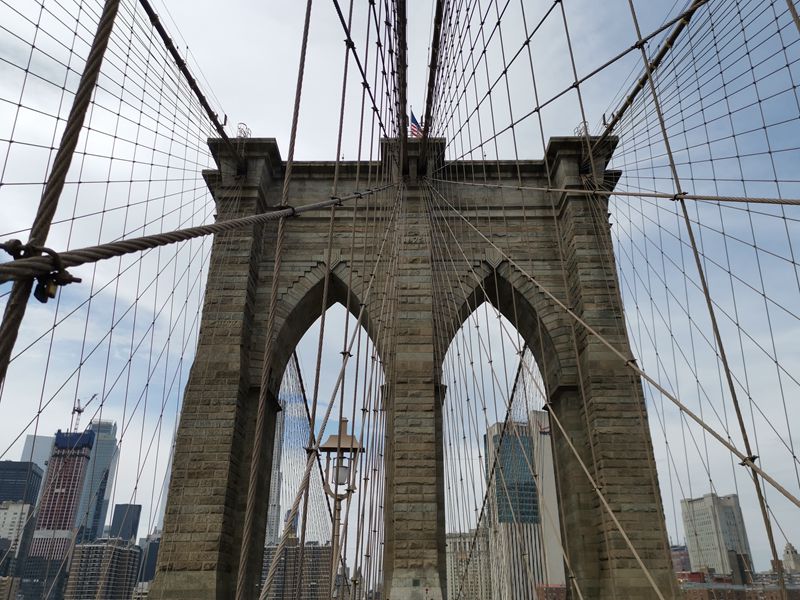 Although Brooklyn Bridge has a reputation, the Manhattan Bridge is just as interesting as Brooklyn Bridge. If you go to New York and have time to explore, I would highly recommend that you go to both bridges for the full experience.